In an occasional series for KashmirConnected, the eminent historian of Kashmir Chitralekha Zutshi writes about her experiences across the Valley and the manner in which the past moulds Kashmir's present
In the recent past, Kashmiris have begun to reflect on the conflict in which they have been engulfed since 1989 in a variety of literary narratives that include poetry, novels, and shorts stories. Written in Kashmiri, Urdu, and English, these literary narratives struggle to give voice to the individual and social suffering caused by the conflict. I decided to revisit some of the novels and short stories in English about/from Kashmir that have emerged in the past decade, with a particular eye to how they present the traumas of the recent past.

I discovered that in these narratives trauma is not located at specific historical moments that are seen as representing “historical wounds” for particular communities, but rather it unfolds in the aftermath of the events, and is traumatic precisely in its inability to be captured and recorded.  The narratives are thus replete with the impossibility of writing trauma and thereby of possessing it, and ultimately, of the impossibility of accessing the traumatized self itself.
​ 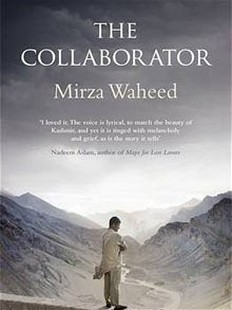 In Mirza Waheed’s debut novel, The Collaborator (2011), the protagonist narrator is a young 19-year-old Kashmiri Gujjar (pastoralist) man from a border village on the Indian side who is forced to work for the Indian army counting bodies of militants and collecting their identification cards. The unnamed young man’s inability to escape this life of collaboration with the occupiers and join his friends on the other side of the border as a freedom fighter, even as he goes through the heaps of bodies every day dreading that he will come upon one of his friends, leaves him suspended in an incomprehensible and isolated space.  How is he, and countless other young people literally caught between India and Pakistan—between counting bodies on one side and attaining martyrdom on the other—to come of age?

The Collaborator vehemently rejects the Indian and Pakistani nationalist discourses on Kashmir as it brings out the diffuseness of trauma for those whose lives are destroyed by these nationalist narratives.  As the protagonist silently screams at the end of the novel, “to hell with the Indians…to hell with the Pakistanis, to hell with the Line of Control…to hell with jihad, and to hell with, to burning, smoldering hell with everything!”
An incomprehension of trauma, which often descends into madness, runs through these novels and short stories.  The Garden of Solitude (2011), Siddhartha Gigoo’s debut novel, is the story of another Kashmiri young man as he grapples with violence, exile, and self-realization in the midst of the conflict. Sridar is a Kashmiri Pandit teenager whose family is forced into exile from Kashmir as the insurgency gathers force in the early 1990s.  As the family is rent asunder from their home, friends, books and everything they have known, they become exiles with no past.  A family friend from Kashmir writes to Sridar’s father, “I remember your words that we must remain mad in order to be sane,” signing off with, “Waiting for your homecoming in sensible times.” ​ 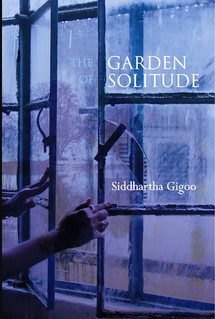 ​The only way to make sense of their trauma is through dreams, which pervade the novel. And for some, such as the protagonist’s grandfather, the sole way to remain sane is to retreat completely into the world of dreams and hallucinations.The Garden of Solitude illustrates poignantly the anguish experienced across community lines as both communities suffered unfathomable losses—the exiled Pandits lost their homeland, their ancestors, and their past; the Muslims who stayed in Kashmir lost their sons, their neighbors, and their future.  All that remains in Kashmir is a broken present.

The narratives are haunted by a sense of temporal suspension or delay, as trauma plays itself out within them. Waiting, often endless in its anticipation, defines the existence of many of the characters in the novels.  In The Collaborator, we wait, along with the protagonist, to gather the courage to reject his life as a collaborator and cross over to the other side.  In The Garden of Solitude, characters wait—to go back to their homeland, for the end of exile, for death, to make sense of the past and the present.
But perhaps waiting as a condition of trauma is best illustrated in another debut novel, The Half Mother (2014), by Shahnaz Bashir.  At the beginning and end of this novel, the protagonist, Halima, sits endlessly by the window of her house waiting for the return of her disappeared son, who is taken by the Indian army one night.  In between, she runs from pillar to post attempting to locate him at detention centers, army camps, and police stations, all to no avail.  For her, daily routines are suspended, day and night merge into each other as she waits and searches. The only possibility of reunion with her son is in a dream, from which she has to perforce wake up, only to begin the ritual of waiting yet again.
​ 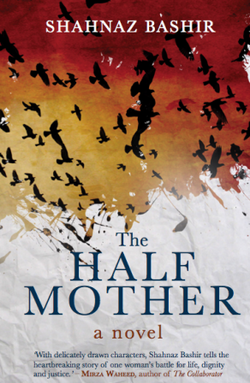 ​History as trauma is difficult to access and bear witness to, but a past, steeped in nostalgia, can still be resurrected. The narratives thus read as eulogies to an idyllic past defined by peace, friendship, and neighborliness, set in the especially blessed landscape of Kashmir. In The Half Mother, Halima lovingly recalls her childhood and that of her son in their house encircled by a plum orchard, listening to stories told by her father, or playing with chickens in the courtyard.  In The Garden of Solitude, the past “too beautiful to be left behind” appears in snippets in dreams—where Sridhar walks hand in hand with his father in the old homeland, admiring the beauty of the frozen lake in the winter or tasting half-ripe almonds in the spring.

Much like dreams, however, the past is brutally interrupted and revealed as a fantasy in all these narratives.  The landscape of Kashmir is no longer sacred, soaked as it is in the blood of innocents.The house/homeland of the past bears no resemblance to the house/homeland in the present. Time becomes disjointed as the reliability of the memories about the past is called into question.  The stories that kept the past alive and in which it resided vanish.  The present overtakes the past very suddenly and its truth is no longer accessible; it becomes “the past which died before its birth,” as Sridar describes it to his father in The Garden of Solitude.  This moment of crisis, highlighting the fallibility of the past, its heartbreaking irretrievability, is captured beautifully in literary narratives.  Not surprisingly, it is at this very moment of crisis that the past is hijacked by divisive narratives laying claim to community traumas and undeniable historical truths.
Fiction no doubt challenges Indian and Pakistani state-centered nationalist narratives, but at the same time it also calls into question the extremist communitarian and historical narratives put forward by those claiming to represent the grievances of Kashmiri Muslims and Kashmiri Pandits. No single community, we realize as readers, has exclusive rights on trauma and the ensuing grief.  Instead, one recognizes that the main experience of trauma resides not in specific events that target particular communities, but in their aftermath that rents asunder communities, neighbors and friends.

These novels and short stories refuse to forget or allow us to forget.  They commemorate the shared culture that allowed different communities to co-exist in Kashmir and profoundly lament its loss, but they also force us to acknowledge the atrocities committed against individuals solely because they belonged to particular (religious) communities. They thus reveal the deep cleavages in Kashmir’s body politic exposed by the conflict, which forced individuals and communities to take sides. It may be easy for us to remain neutral as readers, but for those, such as the authors and many others who actually lived through the violence and terror, and lost heavily as a result, it may not be possible, or even desirable, to do so.

A longer version of this article appeared in the Los Angeles Review of Books
Chitralekha Zutshi, first posted January 2016
​do read the other episodes in Chitralekha Zutshi's Kashmir Journal