In an occasional series for KashmirConnected, the eminent historian of Kashmir Chitralekha Zutshi writes about her experiences across the Valley and the manner in which the past ﻿moulds Kashmir's present
I spent two weeks of June in Kashmir, where an uneasy calm prevailed after the protests and demonstrations of April. Kashmiris seemed to be biding their time, perhaps waiting to see what the fate of the PDP-BJP coalition would be after the by-election in Anantnag. Most did not doubt that Mehbooba Mufti would win her father’s seat in what was a PDP stronghold, and yet many nurtured the hope that this might not happen, thus ushering in the collapse of the deeply-resented coalition.  Almost everyone I spoke to, from professors to journalists to auto drivers, expressed their unhappiness at the coalition, and alarm at the steady rise of a new militancy among youth.  As it happened, Mehbooba won, the coalition continued, and not soon thereafter, the militant Burhan Wani’s killing by security forces set off perhaps the worst anti-India protests and stone-pelting incidents since the beginning of the insurgency in 1989. The military crackdown has been massive, and yet the protests and the shut-down against India have continued unabated for more than ten days. 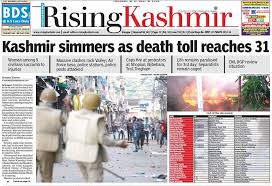 I noticed a shift in the mood in Kashmir while I was there; it was certainly not new, but was palpably visible this year.  In some ways, this had been in the making since the hijacking of the violent insurgency by external organizations and its equally fierce repression by Indian security forces.  Since then, Kashmiri resistance to India has gradually morphed into a diffuse, amorphous entity, fueled by everyday acts of resistance—such as by taking part in the funerals of slain militants or by pelting stones at security forces—in which even otherwise apolitical Kashmiris can participate.  This kind of resistance does not require formal membership in a political organization or blind devotion to a leader; instead, it is far more spontaneous, dispersed, and hence more dangerous, drawing on local heroes and localized grievances that circulate widely as they bring ever larger areas within their ambit. ​
Kashmiri youth no longer feel the need to follow separatist leaders such as Syed Ali Shah Geelani—whose influence, so evident in past years, was unmistakably on the wane this year—or even the more youthful Mirwaiz Umar Farooq, both of whom are tainted in their eyes by having engaged in dialogues with and made compromises with India.  Burhan Wani, and others like him, are elevated to the status of true idols, seen as purer in their intentions since they are willing to martyr themselves for the cause. In this sense, then, the new militancy seems strangely devoid of politics; it is driven by a national and religious fervor that brooks no compromise.  Resistance, suffering, and sacrifice are ultimate goals in themselves.  The role of social media in this cannot be denied, as it provides a platform for individuals such as Burhan Wani and the causes that they represent, thus allowing them to become cult figures that take on lives of their own and attract large followings.
​ 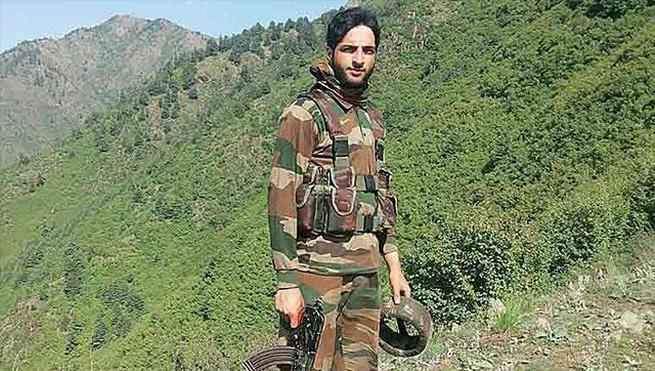 Burhan Wani, a commander of Hizbul Mujahideen, whose killing on 8 July 2016 prompted widespread protests
In general, religion seems to have displaced politics in public discourse in Kashmir.  This trend, of course, has to be placed in larger regional and global contexts. The domestic ascension of the BJP to power at the center, followed by its coalition with the PDP in the state, has made most Kashmiris exceedingly nervous. The BJP’s tacit and sometimes overt approval of anti-Muslim violence in India, its threats to rescind Article 370, and its moves to resettle Kashmiri Pandits in the state, have led to growing fears of demographic change amongst Kashmiri Muslims.  Local newspapers are rife with articles on insidious attempts to wipe out the identity of Kashmiri Muslims and all traces of Islam by settling Hindus in the Valley.  A case in point is an incident in which a teacher of the Delhi Public School, Srinagar, was dismissed by the principal for wearing a full abaya that included a face veil. This provoked not just a protest by the students of the school against this action as an insult to Islam, with calls for the reinstatement of the teacher, but also a slew of angry articles that accused the school of attacking Islam, which was an integral part of Kashmiri identity. This was followed, not surprisingly, by articles celebrating the face veil and the modesty of women in Islam.

Over the years, and especially in the wake of the insurgency, Kashmir has been gradually moving towards a more conservative Islam of an Arab variety as the basis of Kashmiri identity; this has become an especially significant expression of opposition to India. The face veil for women, which was practically never seen in Kashmir, is now visible everywhere, and even very young girls can be seen wearing the hijab.  I was told by some female college students that while their parents did not require them to wear such covering, their brothers insisted on it, leaving them with no choice but to adopt the full veil.

As apprehensions of demographic change grow in Kashmir, and as radical Islam increasingly makes its presence felt around the world, especially through social media, the radicalization of the already disgruntled and disillusioned Kashmiri youth is to be expected. Meanwhile, by stoking nationalist passions and demanding that Kashmiri Muslims prove their loyalty to India, the Indian media alienates even those Kashmiris who might otherwise quietly support India, while proving to those who are already against India that they will never be accepted within it.

All this reminds us that the new wave of anger against India is not just about poor governance, but quite as much, if not more, about the preservation of an identity, and an identity that has taken on a particular religious coloring. And therefore the response to it can also not merely be in making empty promises of good governance that go unfulfilled.  Ordinary Kashmiris are rejecting the status quo—which includes the Kashmiri elected and unelected leadership—and making their presence felt; they will have to be engaged with respect and human dignity rather than with bullets and pellets if the current explosive situation is to be defused. The objective of the earlier insurgent movement was political—to achieve self-determination—and violence was a means to that end; in the new militancy, plebiscite and aazadi are mere slogans, while martyrdom has become an end in itself.